Gender fluidity: What it means and why support matters 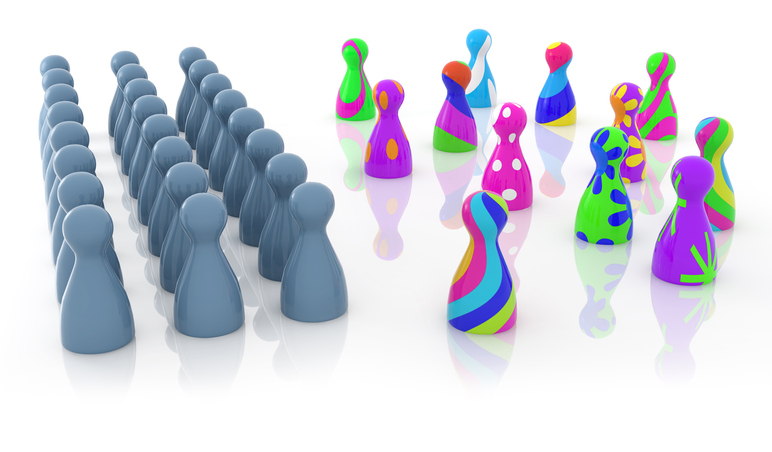 Questions like these can be especially valuable if you’re wondering about how gender identity and expression may shift as children grow up. And, of course, these questions may also resonate with many adults.

At times in my life, I’ve had shorter hair and a fondness for men’s dress pants and dress shoes. I’ve also enjoyed occasionally playing male roles in theater productions and dressing in costume as a man on Halloween. At other times in my life, I’ve had longer hair and frequently worn dresses and dangly earrings — and more feminine Halloween costumes. Although my gender expression has shifted over time between less feminine and more feminine, I have always identified as a girl or woman.

What is gender fluidity?

Some people describe themselves as “gender-fluid.” As an identity, it typically fits under the transgender and nonbinary umbrella, which applies to people whose gender identity doesn’t match the sex assigned to them on their original birth certificate. (Nonbinary means a person’s gender identity doesn’t fit into strict cultural categories of female or male.)

Not everyone who experiences changes in their gender expression or identity identifies as gender-fluid. Nor does everyone desire gender-affirming medical treatment to change their body to better align with their gender identity.

How does gender develop and change?

People typically begin developing a gender identity in early childhood, around the age of 2 or 3. Gender identity develops within multiple social contexts: a person’s family, their larger community, and the society and historical time in which they live. Each of these may have very different norms and expectations about gender expression and gender identity.

For example, a child might live in a family that believes that gender is more complex than boy or girl, and encourages a diversity of gender expressions. That same child may live in a town where most people believe that boys should “look like boys” and girls should “look like girls.” And this child might live in a society and at a historical time with similar gender norms as their community. Thus, this child may feel freer to have a different gender expression or identity at home than out in public.

For many people, gender identity and expression develop early and stay the same over time. For others, either one may change. While such changes can happen at any time during a person’s life, they’re more common during childhood and adolescence than later in adulthood.

What’s the difference between gender-fluid and transgender?

While some people develop a gender identity early in childhood, others may identify with one gender at one time and then another gender later on. For example, a person who was designated female on their original birth certificate may identify as a girl until adolescence, then identify as a boy for the rest of their life. This person would be considered transgender, but not necessarily gender-fluid.

Another person who follows this developmental arc may only identify as a boy until they are in their 20s, and then identify as nonbinary, and then identify as a boy again later in adulthood. This person could be considered gender-fluid, because they experienced one or more changes in their gender identity or gender expression. It’s wise to note, though, that they may never use the term gender-fluid as an identity label for themself.

Ultimately, anyone who identifies as gender-fluid is a gender-fluid person. Often, the term is used to mean that a person’s gender expression or gender identity — essentially, their internal sense of self — changes frequently. But gender fluidity can look different for different people.

How is gender fluidity related to health in children and teens?

Just like adults, children and teens who express or identify their gender differently from their sex designated at birth are more likely to experience prejudice and discrimination. These experiences may create minority stress that is harmful for their mental and physical health. Compared to cisgender youth, transgender youth are two to three times more likely to have depression, anxiety, self-harming behavior, and suicidal thoughts and behavior.

All communities have expectations around what’s “normal.” A youth who is gender-fluid may be at greater risk for prejudice and discrimination, because their shifting gender identity or expression goes against an expectation that each of these aspects of personhood develops early and stays the same over time. And the harmful interactions may not occur only with people who are cisgender. A youth who is gender-fluid may also face discrimination from some people in the transgender community who view them as “not really transgender.” Seeing a youth who dresses more femininely on one day and more masculinely on another day may feel confusing or even threatening to anyone with strict ideas about gender.

How can you support gender-fluid youth in your life?

I encourage you to think about gender fluidity as part of the diversity of human experience related to gender identity and expression. While acceptance is important in how we treat anyone, it’s especially important for children and teens.

The post Gender fluidity: What it means and why support matters appeared first on Harvard Health Blog.

Miley Cyrus Admits Fear Of Dying At 27 Inspired Her To Get Sober: ‘I Didn’t Want To Join That Club’

‘Euphoria’: Everything You Need To Know About The Special Episodes & Season 2

Miley Cyrus Admits Fear Of Dying At 27 Inspired Her To Get Sober: ‘I Didn’t Want To Join That Club’

‘Euphoria’: Everything You Need To Know About The Special Episodes & Season 2

The Story Of Emily Rose : Was it epilepsy or the six serpents?

The Exorcism of Emily Rose was a spine freezing horror film by Director Scott Derrickson, that hit the theatres in 2005. The movie pits scientific...
Read more
Load more